Stolen Motorcycles
In May 1998 three rare classic racing motorcycles were stolen from Allen Burt of Sydney.
The bikes are an AJS 7R, a Matchless G50, and a Matchless G45 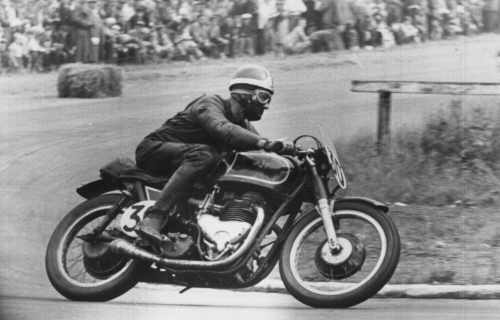 Allen Burt aboard his 1956 G45 Matchless
Somewhere in Europe in 1958, possibly at the Isle of Man.

Matchless G50 1960
The single cylinder 500cc G50 is identical in construction to the AJS 7R except for engine capacity.
This example has no engine number. It is valued at AUD $50,000 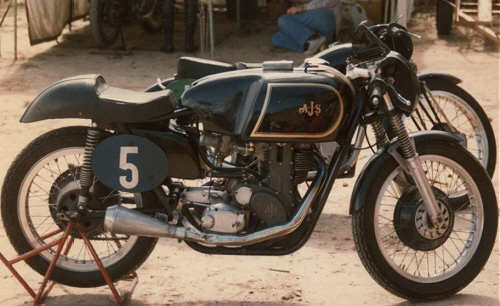 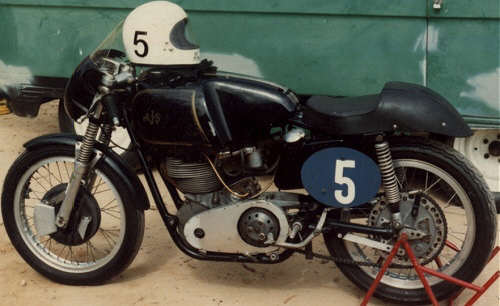 AJS 7R 1959
The machine is of identical construction to the Matchless G50, the difference being in the engine capacity. The AJS 7R is 350cc. The engine number is unknown at this stage, but is preceded by the letters 7R. Approximate value AUD $50,000

If you have any information on the issue, you may please contact us and I will pass any relevant details on to Inspector Peter J Smith (ret), formerly of Bankstown Police. If you wish to contact him directly, I can supply his email & phone number.

Update 2010
I am told that a well-known Australian motorcycle racer was found to be in possession of the bikes.

This blog says "The two main suspects to the theft of Alan's bikes were eventually, effectively "let off"..."

classicmotorcycling.com.au
"we can say that police have laid charges against two brothers from Saltwater Point, near Nowra, NSW."

An interesting story of the theft and recovery of a 1927 Zenith, and the arrest of the culprits, at Sheldon's EMU

Links to other Stolen Motorcycles sites