"A "morning glory" is a frequent occurrence in the Gulf country. During a stay in Burketown I witnessed one. A low bank of clouds lined the horizon early in the morning, and gathered speed at an alarming rate. I felt sure we were going to have a deluge. On it came, a threatening, dark rolling cloud; soon the sky was completely overcast. A few drops of rain fell; then we had a delightful breeze which lasted for a couple of minutes. Away went the dark cloud as quickly as it had come, and the sun continued to blaze as mercilessly as ever. Burketown is situated on a hard dry claypan where it is practically impossible to grow anything - not even the other kind of morning glories so well known in other parts of Queensland." 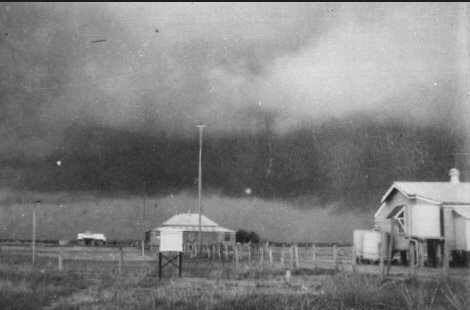